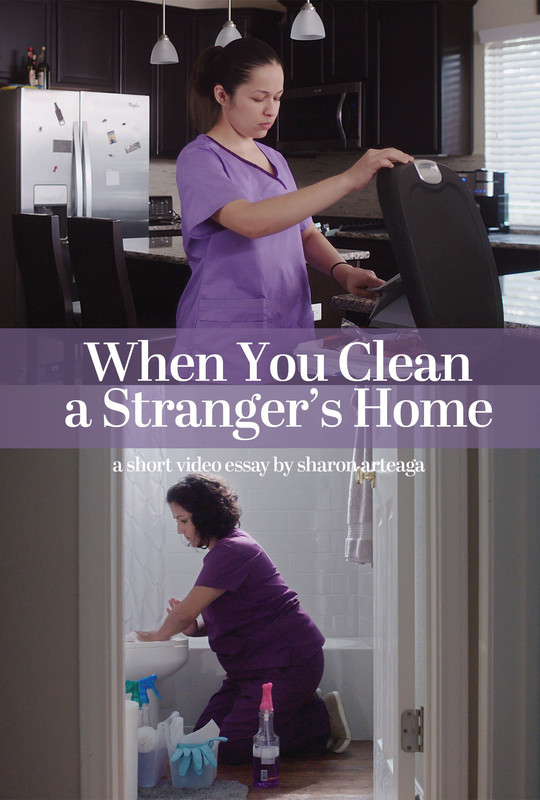 SHARON ARTEAGA is a first-generation Mexican-American filmmaker, from Corpus Christi, Texas, who convinced her mom to buy her a video camera instead of a Quinceañera. Included in NALIP’s 2019 List of Latinx Directors to Know, Arteaga’s work playfully incorporates themes of generational, linguistic, and cultural differences between people. She has won numerous short film competitions with her films “When I Grow Up,” Plane Pretend,” and “When You Clean a Stranger’s Home.” She was a 2019 Tribeca Chanel Through Her Lens finalist for her short screenplay “IN TOW” which also won runner up at the 2020 New Orleans Film Festival South Pitch, was a Semifinalist in ScreenCraft’s Film Fund and most recently, was awarded the 2021 Mexican-American Cultural Education Foundation Filmmaker Grant. Arteaga is currently working on a couple of narrative shorts about life on the South Texas coast while developing her first feature film. She is also a passionate educator who loves empowering others to also tell their own stories through film.

“When You Clean a Stranger’s Home” intends to honor and empower female domestic workers, while exposing audiences to who they are as people and the next-generation Latinx perspectives held by their children. Through the essay being narrated by the female protagonist, audiences will get an insight into social, economical, and professional disparities that next-generation Latinxs observe and the responsibility felt to change their family’s future. It reveals the conflict of feeling held back by their circumstances while realizing crucial lessons learned within them. I intend to expose general audiences to these untold perspectives while giving Latinxs images and ideas with which they can identify.

Our Father The Devil