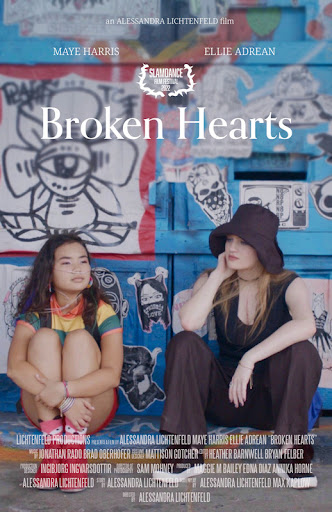 When a sheltered teenager with congenital heart disease befriends a young rebel about to get a heart transplant, she decides to break free of her New Agey parents’ control and assert her autonomy.

Alessandra Lichtenfeld is a filmmaker and music video director whose work has been showcased in Billboard, Pitchfork, Stereogum, Under the Radar, and more. She received her B.A. from U.C. Berkeley with a double major in psychology and linguistics. She has an MFA in Film and Media Production from UT Austin. She enjoys making surreal, absurdist comedies and dramas about difficult subjects such as bullying and chronic illness.

Born with a type of congenital heart disease (CHD) called “pulmonary stenosis”, I have navigated life through a body that would sometimes fail me in terrifying and nearly fatal ways. I was in and out of school often, and because my parents feared for my health, I was restricted from many activities “normal” kids were allowed to do. It was hard to relate to others as a child.

As I entered into the thesis year of my MFA program, I received unexpected news that my most recent open heart surgery had failed and I would need a new valve within a few months. Weeks later, I also learned that an old friend from my childhood CHD summer camp was sitting on her deathbed, ineligible for a heart transplant. Her birthday was approaching and we all knew with certainty that this would be her last. My other camp friends and I made sure to shower her with balloons, gifts and cupcakes. She died two days later.

These experiences inspired the story that would become Broken Hearts.

Two Rocks (in an elevator)