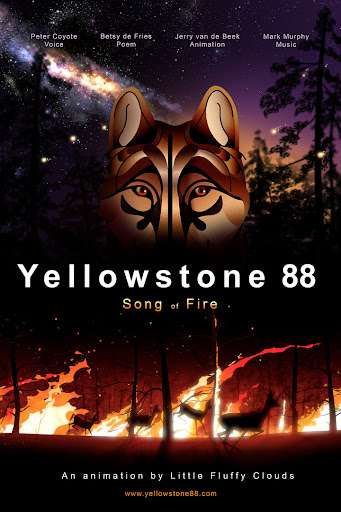 In the summer of 1988 dry lightning sparked a fire in the parched and drought ridden landscape of Yellowstone Park, igniting a blaze that would scorch over 1.5 million perimeter acres of the park.

Song of Fire, a narrative poem, guides the animation of YELLOWSTONE 88 telling the story of this conflagration that raged unabated for months until a snow of such intense severity extinguished the flames. That winter surviving Fauna, exhausted from fire and weakened by hunger, die in greater numbers than those claimed by the fire. The cosmos turns from one season to another and another and life in the park begins anew.

Peace in the Valley